Text description provided by the architects. Poised at a new threshold to campus, the Krishna P. Singh Center for Nanotechnology will transform the current “uninspiring gauntlet” of Walnut Street into an iconic and welcoming new gateway indicating the intellectual vitality of campus and the innovative activity of its students and faculty.

The building location, the north side of the 3200 block of Walnut Street, sits adjacent to a major approach to the University from the east. As the foremost major academic building at this entrance to campus, the new Center will represent the presence of the Campus within University City and communicate the role of Penn as a global leader in scientific research and education. The building and landscape will provide a graceful transition to the academic environment and celebrate the commitment of the University to its West Philadelphia neighborhood.

Both the University and Philadelphia have a tradition of organizing buildings around open quads. Laboratory buildings are typically organized around a central corridor and afford little public space. The Center for Nanotechnology focuses the laboratories around a central quad, opening the Sciences to the University landscape and providing a new indoor/outdoor open space for interaction.

A new multi-level crossroads, the Krishna P. Singh Center for Nanotechnology is a significant step toward signaling the University’s leadership in the emerging field of nanotechnology. The new 78,000 square foot facility will have state-of-the-art lab spaces including a 10,000 square foot Bay/Chase Cleanroom, a 6,500 square foot Characterization Suite, and 12,000 square foot of Laboratory Modules. Vibrant, centralized public spaces include the public Galleria, conference rooms, and multipurpose Forum space.

The Center for Nanotechnology will bring together researchers from both the School of Arts and Science and the School of Engineering and Applied Sciences and will facilitate interaction between faculty and students, researchers across disciplines, and between the University and the city. Lab facilities will be organized around a vital new public core that will provide for the exchange and synthesis of knowledge that characterizes the study of this emerging field. At night, the Center for Nanotechnology will become a glowing environment for research with such program elements as a lounge and cafe needed to support the continuous occupancy that research requires.

The labs are organized around a central courtyard, allowing exterior views and making the scientific activities highly visible. The Galleria space between the lab and exterior enclosure functions as an inhabitable lens. The separation of interior and exterior space becomes blurred through the use of frit patterns and mirrored effects. This glowing Galleria is then wrapped in a metal paneled facade with a bent ripple that reflects and refracts the surrounding buildings and activity of the city. An ascending route climbs from the courtyard through the building to a Forum space that cantilevers 65 feet over the courtyard below. The steel shear wall structure for the cantilever is expressed on the interior and exterior, emphasizing the connection to Campus. 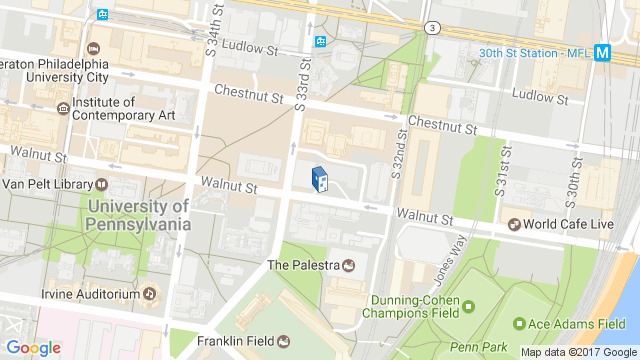 Location to be used only as a reference. It could indicate city/country but not exact address.
Share
Or
Copy
About this office
Weiss/Manfredi
Office
•••