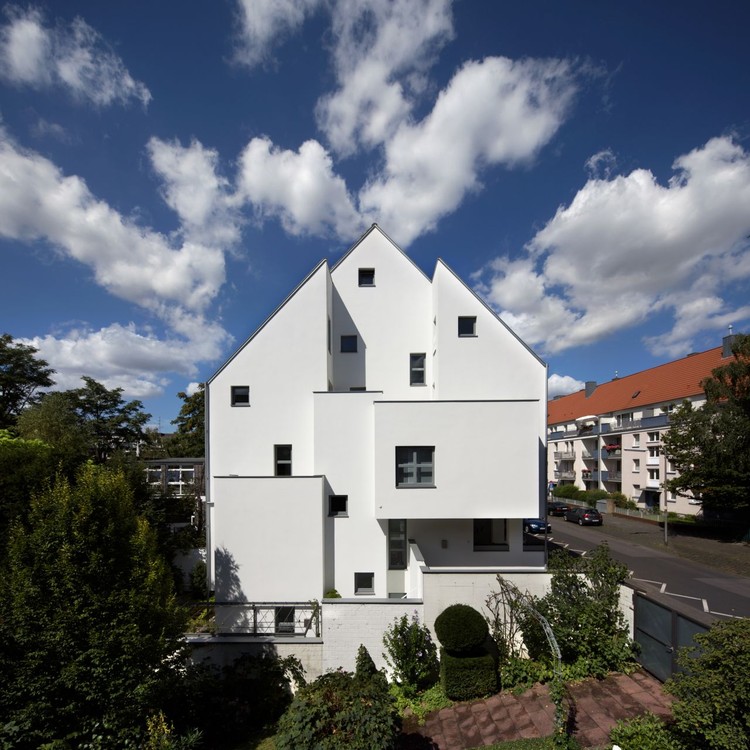 Text description provided by the architects. The House KLR was built 1982 in Cologne as a townhouse with two units. In these days it was one of the first realized buildings of the architect who designed it for her husband and herself. A rentable in-law apartment with a separate staircase was supposed to support the young couple financially.

The district Deutz, where House KLR is located, was traditionally regarded as a secondary part of Cologne, whose centre resides on the opposite side of the river Rhine. In the last decade the once neglected dirstrict Deutz evolved into a popular address within Cologne’s inner city.

Most parts of the neighborhood were errected in the 1930’s with 3-4 story residential buildings while the narrow building site of House KLR was used as a fruit and vegetable garden until the 1980’s. The simple and practical post-war architecture, nowadays most common in German cities, dominates the area today.

One challenge regarding the design was to follow building laws while producing sufficient living space on the small plot. The valid building law requested 3.0 meters distance between ground floor and the eastbound property line while the second floor required 4.5 meters distance to the same boundary. In reaction to these demands a sculptural structure originated that seems to jump back and forth playfully multiple times.

The diversely leaping cubes led to additional useful surfaces which made the construction of a sufficiently spacious roof terrace for the in-law apartment possible. The two remaining facades – one facing the street the other the garden – were designed in the style of the sculptural structure of the east façade, thereby, preserving the element of the oriel present in the surrounding buildings. Besides the motif of the oriel the small window formats and the plastered facade as typical elements of the neighbouring housing were included into the design.

The main apartment reaches over the three lower levels, the entrance to the amount of the middle level.

The kitchen and dining area are set in the lowest level, so that the garden can be used as an additional dining area during the summer. The garden is also regarded as a recreational area, as for his unique position - below street level and shielded by the enclosing wall - it gains the character of a lonesome oasis in the midst of the city. The bedrooms of the main apartment are located on the first floor and are connected with the two other floors through stairs within the apartment.

The in-law apartment is also structured as a maisonette, and reaches from the second floor till the attic. Today it accommodates the Cologne architecture office of archequipe.

In 2012, exactly 30 years after building House KLR, extensive renovation work was performed. All facades were newly-plastered. Roof sheetings and window benches were renewed, the windows painted in a corresponding color. Inside, the stone cottage floors were refurbished, and walls plastered smoothly. Bathrooms on all levels were completely renovated. 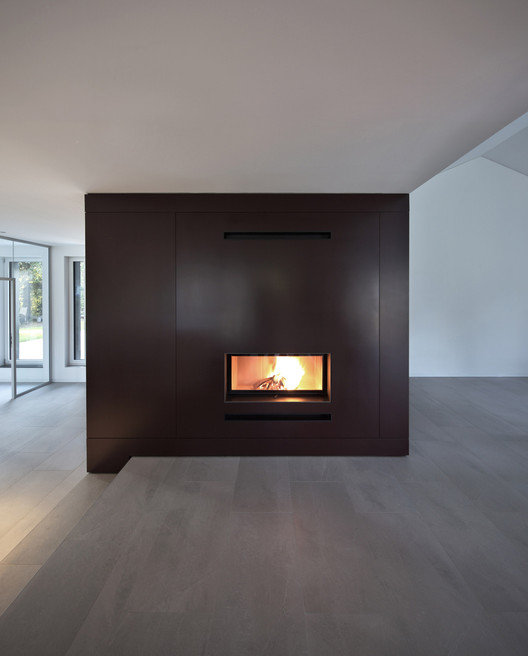