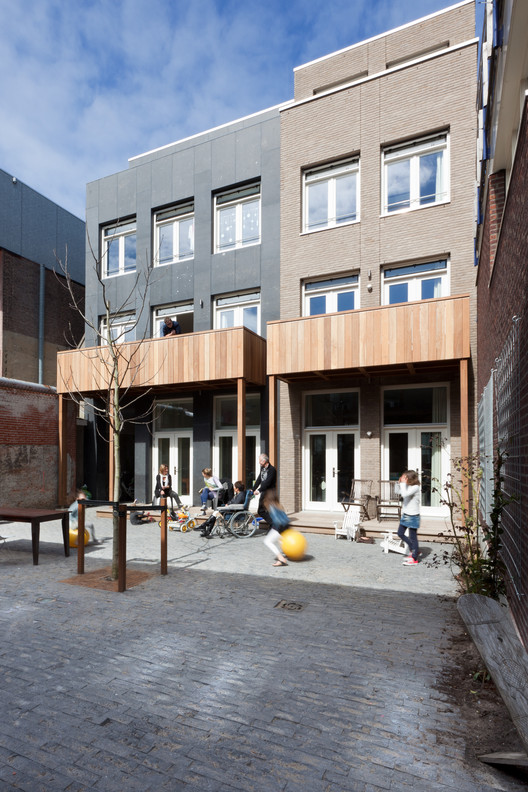 Text description provided by the architects. In 2004, three couples with children who were looking for suitable housing in the city centre decided to join forces in order to commission their own construction project. They set their sights on a plot of land between Elandsstraat and Lijnbaansstraat.

In order to avoid open tendering, the city council sold the plot complete with contaminated soil and buildings that had yet to be demolished. There was space for six housing units, enabling a further three families to join the project, and the six households then formed a ‘collective private commissioning body’.

The land was divided into six condominium units, each of which also included a one sixth portion of the communal garden courtyard. The design process was an intensive trajectory of endless discussions, structuring responsibilities and monitoring costs. Architect and resident Bastiaan Jongerius designed a plan in which the edges of the plot are built on, giving rise to a central private courtyard.

Two buildings on Elandsstraat have been carefully incorporated in the existing façade frontage. The dwelling at number 133 is characterized by an abundant use of glass and wood, while the adjacent building, which houses an upstairs and a ground-floor dwelling (numbers 133 and 137), has a bluestone façade. Behind the door, above which are the names of all the children who live in the complex, is an alleyway that leads to the garden courtyard.

Three pavilion-like dwellings, which are accessed via wooden steps, are situated here. The front doors and facade gardens of these dwellings are on Lijnbaansstraat. The housing scheme has injected new life into this narrow cul-de-sac.- 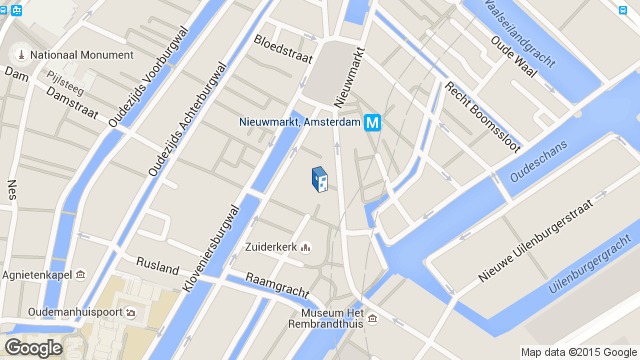 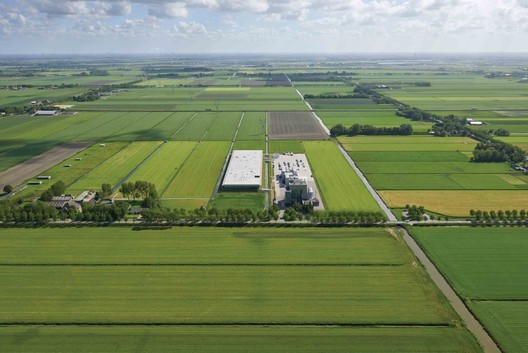