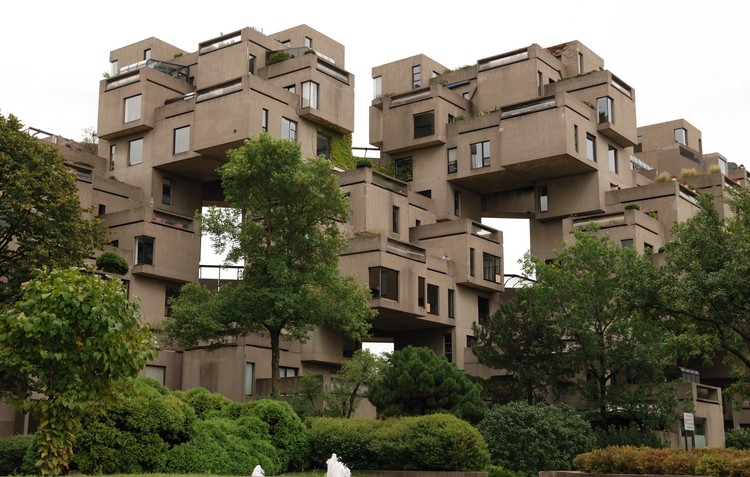 The project originated as Safdie’s thesis at McGill University in 1961, titled "A Case for City Living" and described as "A Three-Dimensional Modular Building System". Two years later, when he was only 23 and interning in Louis Kahn’s studio, Safdie’s thesis advisor, Sandy Van Ginkel, invited him to submit his project for the World Exposition of 1967. Safdie developed his original theories into a complete master plan which contained shopping centers, a school, and 1000 housing units. The scheme was confirmed, despite Safdie’s young age, but was ultimately reduced by the Canadian government to only 158 residential units.

Habitat 67 was constructed from 354 identical and completely prefabricated modules (referred to as “boxes”) stacked in various combinations and connected by steel cables. The apartments vary in shape and size, since they are formed by a group of one to four of the 600 square-foot “boxes” in different configurations. Each apartment is reached through a series of pedestrian streets and bridges, along with three vertical cores of elevators for the top floors. Service and parking facilities are separated from the tenant’s circulation routes, located on the ground floor.

The prefabrication process of the 90-ton boxes took place on-site. The basic modular shape was molded in a reinforced steel cage, which measured 38 x 17 feet. Once cured, the concrete box was transferred to an assembly line for the insertion of electrical and mechanical systems, as well as insulation and windows. To finalize the production, modular kitchens and bathrooms were installed, and finally a crane lifted each unit to its designated position.

The on-site prefabrication system should have reduced the cost of production, an integral part of Safdie’s vision for creating an affordable housing complex. Unfortunately, due to the reduction of the project’s mass scale, costs were much higher than expected. However, though Habitat failed to strike a new wave of prefabrication, it succeeded in creating a new housing typology that is both effective and site adaptable.

By stacking concrete “boxes” in variant geometrical configurations, Safdie was able to break the traditional form of orthogonal high rises, locating each box a step back from its immediate neighbor. This ingenious method provided each apartment with a roof garden, a constant flow of fresh air and a maximum of natural light: qualities which were unprecedented for a twelve story apartment complex. Habitat 67 thus pioneered the integration of two housing typologies—the suburban garden home and the economical high-rise apartment building.

In the years following the world exposition, numerous Habitats were constructed around the world: in New York (1967), Puerto Rico (1968), Israel (1969), Rochester (1971) and Tehran (1976). And though most World’s Fair pavilions are disassembled upon the Fair’s completion, Habitat 67 retained its original purpose, and today continues to serve as a successful housing complex. Like other icons of large exhibitions and fairs—such as The Crystal Palace and the Eiffel Tower - Habitat 67 has thrived despite its intended shelf life and remains an emblems of its era.

Not only revolutionary in its time, Habitat 67 has continued to influence architecture throughout the decades. A similar spatial scheme can be found in Ricardo Boffil’s kafka castle (1968; of course, whether Bofill influenced Safdie or visa versa is a cause for controversial debate); Habitat’s prefabrication technique was applied in Kisho Kurokawa’s Nakagin Capsule Tower in 1972; and, more recently, one might even suggest that BIG's Mountain Dwelling draws direct inspiration from Safdie’s design strategy.

Just for fun, check out the following bizarre music video by Leonard Cohen, shot at Habitat 67! 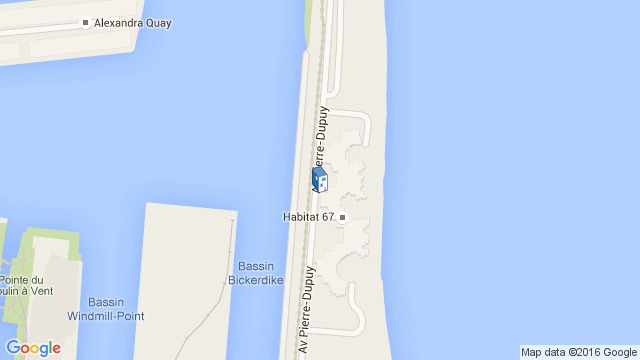 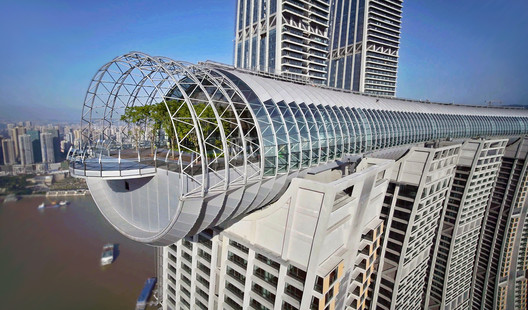 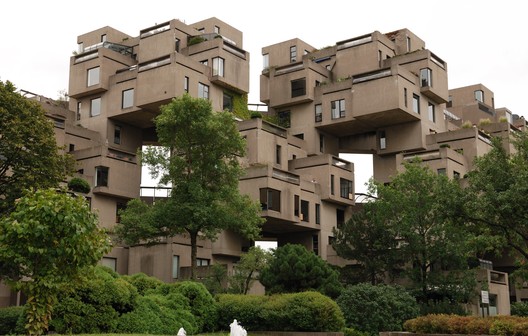