Text description provided by the architects. To the linear and chronological time ‘CHRONOS’ opposes ‘KAIROS’, an undefined and symbolic time which cannot be measured except by his quality. The building wants to put two apparently irreconcilable times in dialogue. Since the very ancient periods buildings aspire to the idea of the ‘eternal’ through a spatiality and materiality able to resist time. The great temples and cathedrals, completely made out of natural stone, continue to coexist with the contemporaneity. Concrete constructions represent undoubtedly the legacy of modernity and they recover as well this symbolic idea of eternity.

This confront between the temporary and the eternal is something worth researching through a general view to the possibilities that our time can offer us. This prefab solution is capable to deal simultaneously with these two aspects as it allows us working with a durable and resistant material dialoguing with continuous Time, through a modular construction and an easy assembly or disassembly.

KAIROS, created by João Quintela and Tim Simon, appears as a result of a spatially research referenced in history through the use of Matter, Light and Time. The Matter of the Concrete, the Light of the Sun and the Time built from both. It’s an investigation about proportions and the relationship between the small scale of the isolated module and the large scale of the whole building itself in relation with the context.

The space is built by a very easy and primitive constructive system of overlapping and joining pieces, taking advantage of their own weight without using any glue or screws. It’s a square plan building with an inside square patio. Thus, there exists a perimeter all around that consists in a path developed both on the lower and upper level, generating two similar spaces with completely antagonistic ambiences. One is covered and black while the other is exterior and bright.

The inner patio is defined by the mirror created through the water inside which reflects the sky and duplicates the space. This becomes the central element, inaccessible and contemplative, able to freeze time and build an intimate moment, a dialogue with the past. Becomes the most significant space and acquires symbolism due to his impossible conquer. 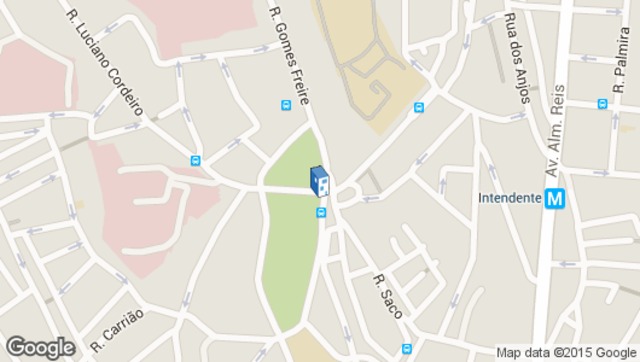 Location to be used only as a reference. It could indicate city/country but not exact address.
Share
Or
Copy
About this office
João Quintela
Office
•••
Tim Simon
Office
•••