Text description provided by the architects. The project is developed on two smallholdings located in the Estella del Marqués, one of the towns in the immediate periphery of the main urban center of Jerez. Both plots, part of the Execution Unit “EM. B, Estella del Marqués”, are located south of this unit at the boundary between urban and non-developable land.

The housing program meets the functional and dimensional requirements of public housing according to law.

The property type, or more precisely, housing type are two, and respond to two fractions-type horizontal block. Both houses have direct access from the street and from the common garage which is below ground. Their program is essentially similar, three-bedroom with kitchen, living room and two bathrooms. Both are lighted and ventilated from holes in the facades to the street, and to their own courtyards. In no case housing holes open onto a patio that is not its own.

From these two type-houses are completed the two smallholdings, F1 and G1, with housing solutions as a variation of the above in the short sides of the plots corresponding to the boundary next to another property and to the shortest boundary facade. By this variation and aggregation process, it’s finally obtained 39 houses for the whole promotion. 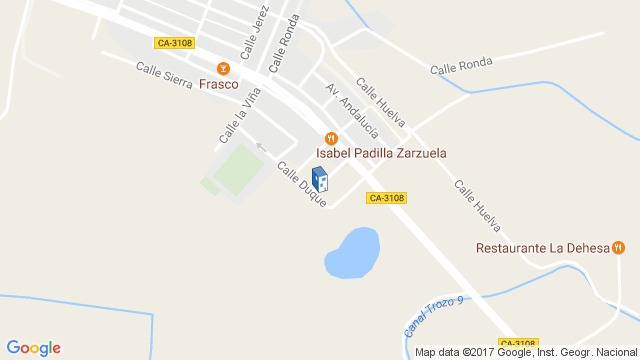 Location to be used only as a reference. It could indicate city/country but not exact address.
Share
Or
Copy
About this office
José Soto García
Office
•••