Text description provided by the architects. The site of the building is unique among all other halls which has been built for the Handball World Cup 2009. The building itself is located next to the Drava river, which flows into the Danube close to the city of Osijek. It is surrounded with woods and meadows, and it is not at all 'urban', as it is described by the title of the project. It was big challenge to deal with two opposite terms - 'city sports hall' with all its programme, and the surrounding. It was wish of the city government to access the river – until now there were no public access to it, despite of the fact that it is consumed by the citizens of Varazdin for recreational purpose.

What we found in the beginning was a 'Lichtung' – an opening in the woods - where the hall had to be placed. So we first thought about a 'lightholder' – a place which is filled with light, and a 'thing' which doesn't compete with this extraordinary natural landscape.

The first impression of this design was, even for us, a box which contains urban programms, such as sport, shops, offices etc. The second step was to soften the boxlike shape with sequences of nature, so almost from every point in the hall you can see the nature through a frame, which is formed by windows, doors or corridors. An additional element to perceive the nature is the access for visitors – the bridge across the drainage canal. They first access a kind of square where the Drava river is seen in its full width, then they turn for 180 degrees and enter the hall, the purpose of their coming. Another access is through a bridge-like terrace, 250 m long, which is placed parallel to the Drava river, so one can perceive the river in the full length of the terrace.

Programatically the hall consists of three different levels, divided in horizontal layers. The first ground level is the level for athletes and visitors of the wellness center. It contains all the technical rooms, all storages and a bowling hall as well. This level is 'private', and therefore introverted.

The second level is public. This is the level of the entrance from the bridge. It has a long and narrow main entrance hall which leads to different smaller corridors to access the arena with 5000 seats, which is the only room in the whole building with no perception of the surrounding natural context – it is focused on the sport topic, or whatever happens in the arena. The corridors who leads to the arena are attached to the box, glazed and have a full perception of the nature.

Next to the main arena lies another smaller hall for training purposes, with a smaller audience of 200 seats. This hall is opened, filled with natural light and is an opposite figure to the dark arena.The third level is office level. It contains the hall management, a press room and offices.

In designing the shape of the building we wanted to keep as quiet as possible. The main corpus of the building is cladded with aluminium stripes, which are folded in horizontals lines. The joints are very precise, whereas the aluminium has different forms, according to termal stresses in the material.

All glazed openings are in the same surface as the facade, so you get this skin-like appearance, which is mounted on a raw basement, plastered in black with smaller openings, and the access elements – bridge and narrow terrace in raw and imperfect concrete.

The interior is designed in basic elements only for the visitors – for simple and easy orientation. Every side of the arena is painted in different straight colors. The color-concept was developed by a known ex-rapper in Croatia. This colors give a warm contrast to the 'coldness' of the facade and the interior of the arena.

The arena is kept in three colors – the brown of ground level, the grey of visitors level and black of the construction and technical level.The orange wall in the smaller hall attract the light from outside.

To resume, we didn't want to build a building which wants to attract more attention then the origin landscape. We wanted to keep the silence and horizontality of nature and the easy but strong flow of the river. 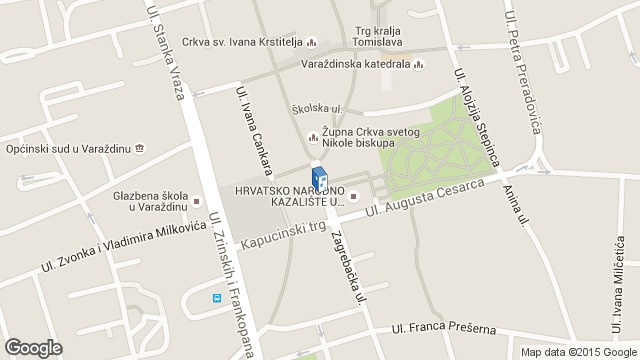 Location to be used only as a reference. It could indicate city/country but not exact address.
Share
Or
Copy
About this office
AG Planum
Office
•••