Chinese-American architect Ieoh Ming Pei (born April 26, 1917), is arguably the greatest living member of the modernist generation of architects. When he received his Pritzker Prize in 1983, the jury citation stated that he "has given this century some of its most beautiful interior spaces and exterior forms."

Born in Suzhou, China, I.M. Pei grew up in Hong Kong and Shanghai before deciding to move to the United States to study architecture. Though he was uninspired by the Beaux-Arts traditions at both the University of Pennsylvania and MIT, a professor convinced him to persevere. He received his Bachelor's degree in 1940, when the second Sino-Japanese War forced him to abandon his plans to return to his home country - in the end, a fortuitous event for the young architect, as it allowed him to discover the Graduate School of Design at Harvard, where Pei worked with Walter Gropius and Marcel Breuer.

Pei founded his own practice in 1955, then known as I.M. Pei & Associates (but later changing its name to Pei & Partners in 1966 and finally to Pei Cobb Freed & Partners in 1989). In its six-decade history, the firm's most well-known work is likely his crystalline extension to the Louvre in Paris; other highly influential works include the Bank of China Tower in Hong Kong, the East Building of the National Gallery of Art in Washington DC and the JFK Presidential Library in Boston. In 1990, Pei retired from full-time practice, progressively reducing his workload over the following decades. However, he still takes on some work as an architectural consultant, often for Pei Partnership Architects, the firm founded by his sons Chien Chung Pei and Li Chung Pei.

Check out some of Pei's greatest works featured on ArchDaily via the thumbnails below, and more coverage below those:

The Evolution of Light in IM Pei's Museums, from Dark Concrete Voids to Luminous Glass Pyramids

Fourth Annual Leonore and Walter Annenberg Award for Diplomacy through the Arts Presented to I.M. Pei 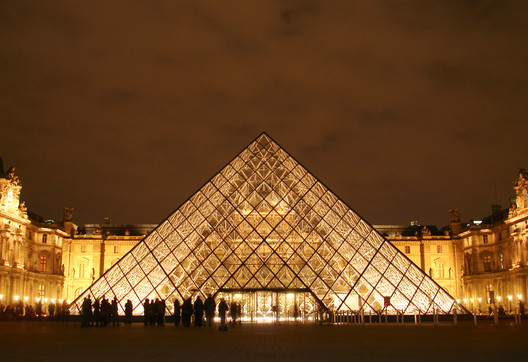