Text description provided by the architects. Temistocles 12 is a building on a rectangular-shaped property, like many others in Polanco. However, the way in which it is set on the property is the result of a structural analysis which allowed us to avoid the use of intermediate columns, and gave us great freedom in the interior distribution.

A cube providing lighting and ventilation in the center is also used for stairs that go up the five levels, and reach the eight apartments and pent-house on the top level.

Four concrete walls go through the building; they become thinner toward the street, forming two volumes which make up the façade. All the apartments have an irregular terrace to the front, accentuating the verticality of the walls and the depth of the facade.

A large tree, which covers the west facade, plus the wide range of apparent materials result in a building with character. 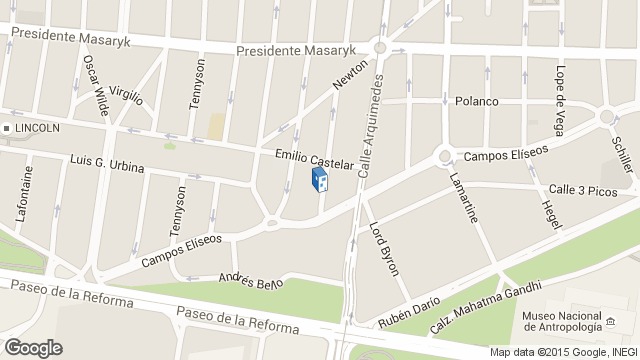 Location to be used only as a reference. It could indicate city/country but not exact address.
Share
Or
Copy
About this office
JSa
Office
••• 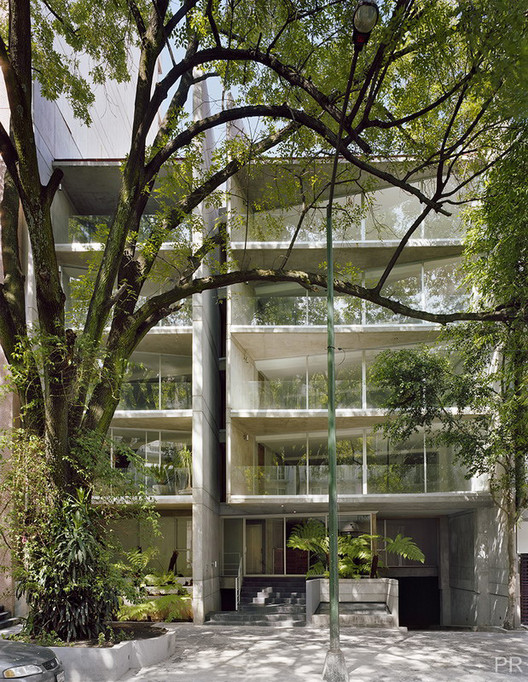