Text description provided by the architects. The Niara Sports Club needed a place of its own for its activities. After finding a suitable site in an easily accessible, outlying residential area with a low population density, the Schola Foundation decided to concentrate a large number of its activities into a single building, thus fulfilling a number of complex requirements that included an educational and recreational area for children at two different stages of development- "small” and “big" children; a separate area for parents’ meetings and activities, an area for offices, a residential area, and a block of independent services. All of the above were laid out around the chapel which, together with the sports complex, is the nucleus of the centre.

Primarily occupying the Barcelona Street side of the plot and looking out onto the public park in which it is located, it was decided that the heterogeneity and complexity of the project be formally reflected in the building. Moreover, this was to include a number of open spaces, what could be described as "urban spaces", which the area did not have: namely, a porch connecting the public road and the entrance to the complex, a square which has become the centre’s main hall since the building was opened, and a small garden for peace and relaxation.

In contrast to the massive and extensive appearance of the building exterior, these spaces have been linked together in a chain to allow diagonal views from varying levels, in continuity with the interior and exterior spaces and with large spatial sequences that enable the occupants to watch, for instance, a game being played in the court of the sports complex from the porch window, square or cantilever vantage point above it. This was achieved through the asymmetrical arrangement of the stands in the sports complex and the decision to locate the court in the basement because of the plot’s geotechnical characteristics, which were conducive to the creation of a large vacuum for the sake of economy and convenience.

This project is one of a series that explores the liberating massivity of space, which makes what "has not been clone" the protagonist. This “blank space" in the form of porches, extractions or vacuums articulates the entire building. Light reaches the interior through indirect, distinctive openings. The structure is comprised of large superficial elements that take the form of thick enclosures where storage elements, installations, climate conditioning and light openings have been installed. Thanks to this supporting mass storage system, large expenses of facade walls have been freed up to administer shades and transparencies of a unique artistic value. Red reinforced masonry was used to create a continuous plane into which noteworthy openings were inserted. A single ceramic piece was used to enable savings in materials and to address and promote passive energy savings, which vas of special importance to us. 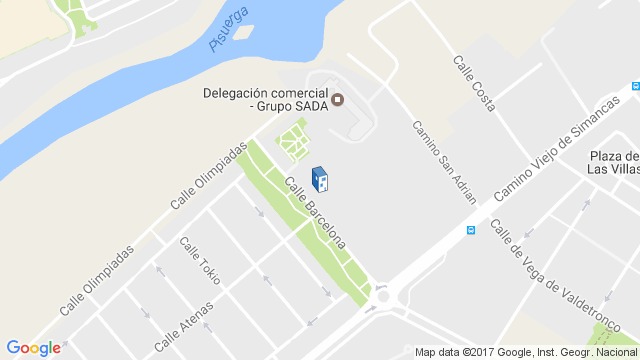 Location to be used only as a reference. It could indicate city/country but not exact address.
Share
Or
Copy
About this office
Amas4arquitectura
Office
•••