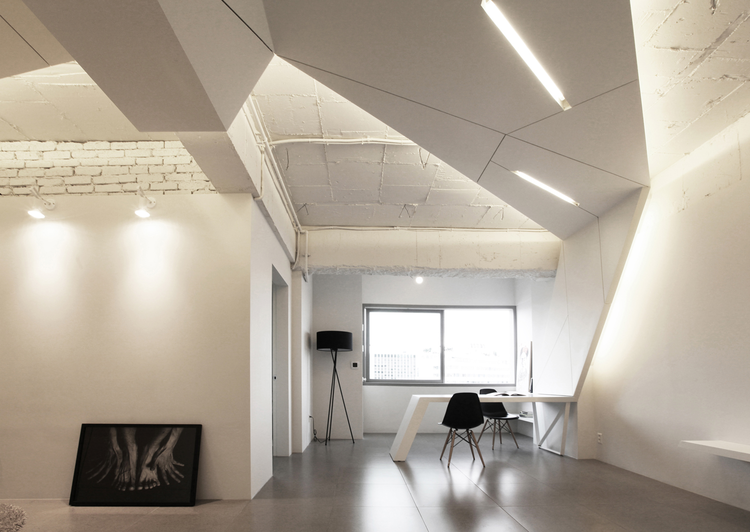 The project was built on re-consideration of dwelling space in response to home-working condition. And, ultimately, it attempts not only to maximize the texture of the historical landmark building, but also to create a new environment that supports a condition for two conflicting activities (Working & Dwelling), reflecting of the contemporary residential culture.

AnLstudio rethinks how the typical residential unit can accommodate two activities – creating two clusters and sharing in-between the programs. Also, inspiration in both the name of Apartment “Nakwon( =meaning UTOPIA)”, and the client’s attitude for life, drag the design into  installing the distinguishing purely white feature shaped like a wing of airplane. The aim for the WING is to differentiate between two crashing rival life patterns in a confined space. And, the target is to maximize the spatial perception by wrapping with unique lighting embedded feature at the ceilings and walls of working area. The “wrapper” around the ceiling and wall surface of the ground-floors is carefully planned to chain and serve the semi-public clusters such as Vestibule, Living, Library, Working table. The WING supports functions of the working, provide the lighting, and organize a dwelling units along the periphery of the space, as the private area (Master Room, Kitchen, Bathroom) from the public cluster. 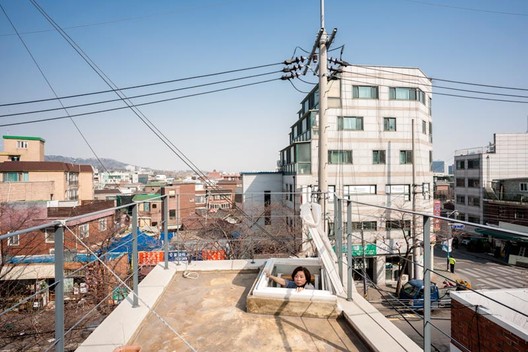 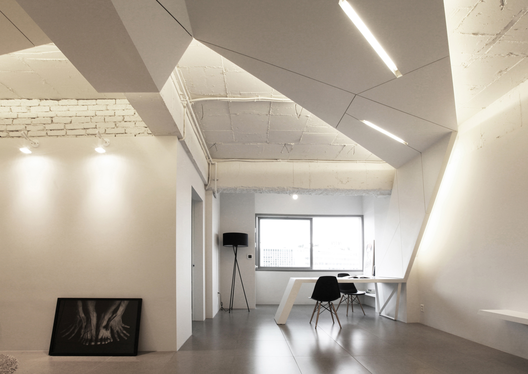