Text description provided by the architects. The Jewish Cemetery in Salvador, Bahia, Brazil is situated on the northeast side of the Baixa de Quintas Hill. It has an elliptical form and measures approximately 5,600 sqm.

In approximately eighty years of existence, the Cemetery had half of its space occupied and the only change in relation to its original infrastructure was the construction of a specific pavilion for the obituary services, twenty years ago.

Considering the lack of space for new burials in the first used section of land and the bad shape of the infrastructure, the Jewish Society in Salvador decided in 2006 to draw a new plan, regarding the future.

Part of the plan consisted also in building a Holocaust Memorial, a space capable of filling some programmatic blanks. First, creating a landmark to the new occupation; second, providing the visitors with a place to pray, think and meditate, giving the cemetery a useful liturgical space; third, remembering one of the most important events in the Jewish history, playing an educational role as well.

The first part of the project was finished in July 2007, and consisted in the construction of a new entry gate, the ampliation and refurbishment of the obituary pavilion, improvements in the access to the older part of the field, new floors, infrastructure services, the construction of a new sink for the netilat iadaim , besides the realization of the Holocaust Memorial itself.

The new building respected the goal to organize the Cemetery towards its growing, connecting to a new gate and a small plaza beside the obituary pavilion, thus becoming an element of composition to the basic core of reception and permanence of the users during religious services.

The main wall is oriented towards Jerusalem, absorbing a tradition brought from the synagogue. Its forms are inspired from the word "chai" - "life" in Hebrew, understanding that the remembrance from those that had gone and from those who survived is made of their legacy and their acts in life.

From this point, the project seeks to create a space formed by light and shadow, using apparent concrete, brutal and non perfect, suggesting the bitterness of the experience lived by the ones who died or survived the shoah.

The main volume is a cube measuring 4x4x4 meters, partially closed on three sides and open to the Cemetery on the west façade, through a portico that emphasizes the relation among form and symbol.

It is covered by a concrete slab with a tilted, curvy profile, which looks for an ascendance gesture in search for sacred.

On the interior, the space is outlined by a bench and a steel box, for candle lightning, a costume that represents remembrance in Judaism. Besides this elements, the main wall holds a ner tamid, a permanently bright light, which symbolizes the ties among Jews and god, also a customized piece of locksmith.

The goal was creating a space that has a controlled relationship among interior and exterior, allowing the visitor to isolate himself for a moment of meditation, although connected to the trees and the breeze, very pleasant on the top of the hill and important to deal with Salvador's hot weather. One of the features used to reach this goal is the set of pre-shaped brise-soleils.

The floor, a washed concrete, is made in loco and sets a unique surface that tries to create a solid bond between interior and exterior, a dialogue also put by the grass, the existent trees and the six benches and pillars representing the six million Jews killed during the Second World War. Thus, the concrete garden created in the Memorial entrance is a space that will connect the old and the new part of the Cemetery, configuring a better space for people visiting or taking part in a religious moment.

Second construction of its kind in Brazil, the Holocaust Memorial in Salvador is born from Jewish values, trying to translate into architectonical creation the expectations of renovation of the community and the religion itself. Sixty years after the war, we believe that it's a need to remember the Holocaust. It is necessary, however, that memory comes together with reflection, in a process capable of promoting tolerance and peace. In this way, we hope future can be less gray and rough. 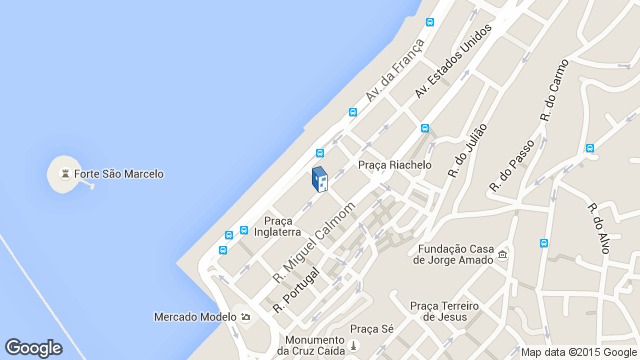 Location to be used only as a reference. It could indicate city/country but not exact address.
Share
Or
Copy
About this office
Sergio Kopinski Ekerman
Office
•••