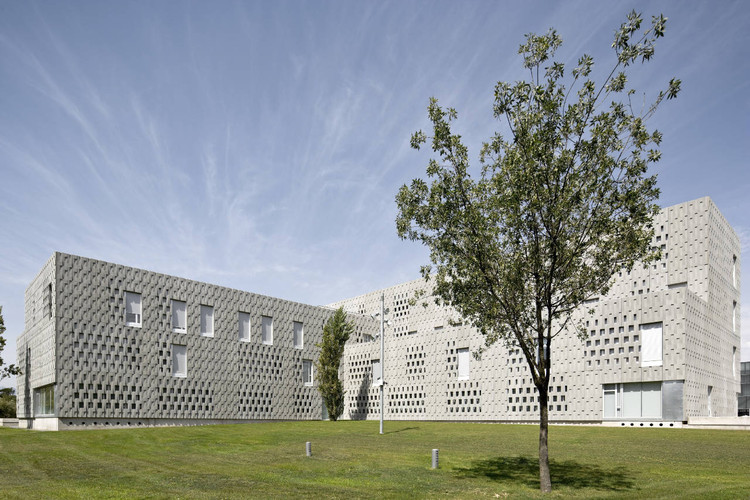 Text description provided by the architects. The project is bound between both urban and natural landscape elements; the main avenue that leads out of the city and the river, the congress hall and the park. The proposal consists of one building that houses all four schools in order to obtain a larger mass of volume so that the building, in turn, becomes the gateway between the natural landscape and the town.

These common areas are one of the most important spaces in a university building as a lot of social activity occurs outside the classroom. Therefore we have developed a plaza-type concept so that, like a wheel, the connecting point is the hub of the system. However, a circular format would fail as a gateway. The distance that a person would have cross along the routes below the building would always be the longest.

The geometry of the hub is transformed from a circular to a cross-shaped mass. The centre remains a hub and gateway, and, thus, the distance walked to cross it is minimised.

A type of dialogue is set up, not only between the uses of the two buildings, but also in the materiality and geometry of the two volumes; the congress hall is a prism made of U-Glass while the university campus a more fragmented volume made of concrete.

This geometry echoes the historical buildings of the surroundings: the castle at the top of the hill and an old church. The project is related to both the natural and historical contexts. The lines of the geometry of the volume are parallel to those of the congress hall and the nearby housing blocks.

The building reflects the scales of the elements that surround it. At the back it recognises the height of the congress hall and at the front it is scaled down to meet the park and river. The rear is more vertical and hard relating to the city/urban elements. A longitudinal void signals the entrance.

At the front a scaled down and fragmented form relates to the river and park. A transversal void signals the entrance. As you enter the building a large vertical central void becomes the continuation of the park, offering diagonal views and the relationships between the various storeys. A large stairwell connects the ground level, where the common use areas are located, to the 1st storey where all of the classrooms are located.

The park is somehow continued artificially within the building through the green cladding material of the walls. The first storey has the maximum perimeter possible as it follows the entire cross shape of the structure. Each section of this cross has both large and small classrooms to rationalise the organisational structure of the entire floor. All the services are located in a “technical band” and serve as both an acoustic filter and the threshold between the common areas and the classrooms.

The circulation areas and spaces where people congregate “use this double axis to create spaces that resemble streets and public squares rather than corridors. A variable ceiling height helps to create the sensation of being in a street. Some areas serve as light wells. The section fragments as it approaches the park and the upper facades coincide with the interior facades of the lower storeys. This allows for bringing natural light to the ends of the interior streets, thus reinforcing the perception of the variable ceiling section.

This level is the one that defines the entire structure of the building, as it is where the students pass their time either in class or congregating between classes. As we rise through the building, the uses become increasingly private: Offices and rooms for meetings and seminars are located on the second floor, and the administration and services are located on the third floor. On the third floor the façade coincides with a large central void that serves as the light well that illuminates the main staircase.

Thus, as the building rises its volume is reduced. As it steps back it allows for the maximum amount of natural light to flow into the heart of the building. The relationship of the building to its surroundings called for the rethinking of the typical façade of windows, and led to the development of a skin that resembles wicker. This also acknowledges the traditional trade of the area which is the manufacture of wicker baskets, and also relates the building to the surrounding fields of wicker. In the areas that allow light to enter, we simply stretched the wicker basket texture to make it less dense.

The entire façade is made of concrete cast in just two moulds. The rough side of the cast panel (the one without the wicker texture) is polished so that it resembles a fine terrazzo that relates to the interior paving of the building. The rhythm of the façade panels is such that at the end of each room, the last panel is omitted. This allows for a clear view of the surroundings, and the far wall of each room becomes a light-reflecting panel. The project as a moulded void that allows the continuity of the closer and turther landscape... 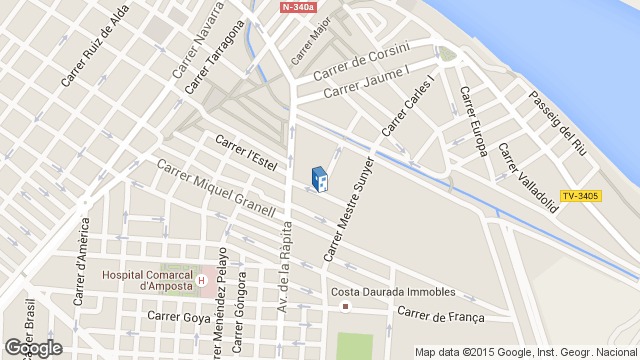 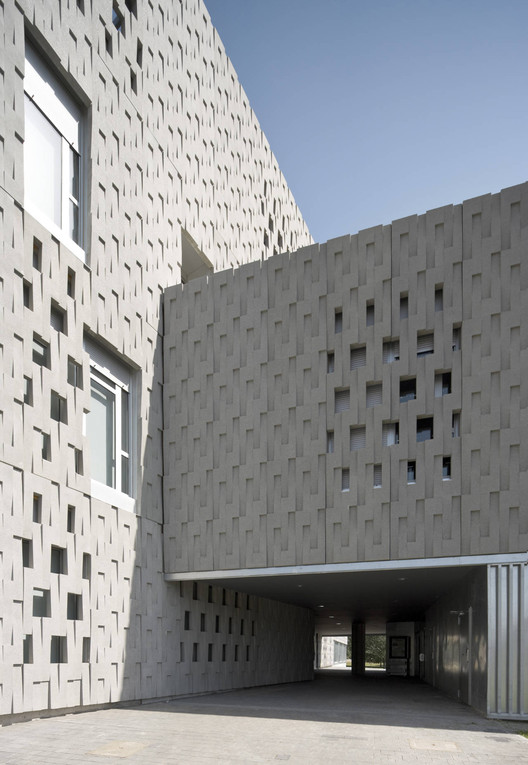