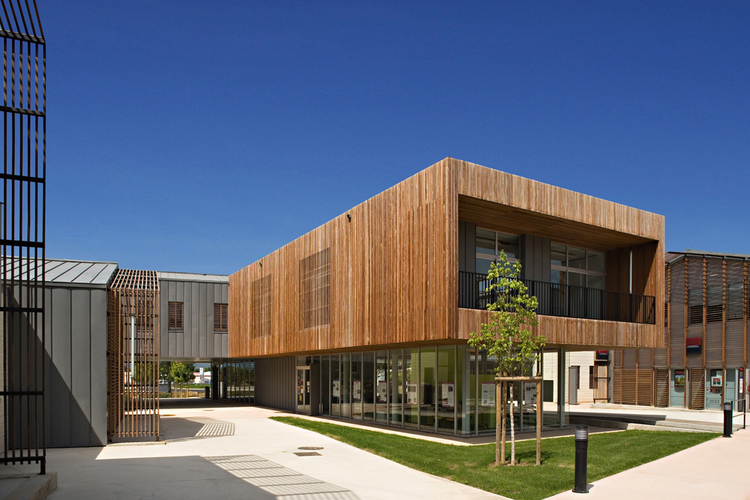 Text description provided by the architects. Located at the entrance of the town of Gignac, the stake of project consisted in positioning on this parcel more than a simple building, a real urban unit, a village around a place. Thus each batch has an independent access onto the garden, giving each entity its autonomy and identity. Circulations of vehicles are channelled and rejected to the periphery of the site thus releasing the very heart dedicated to the pedestrians.

A particular care is taken concerning the setting of the built entities. The principal buildings are directed to the North-South in order to offer natural ventilation. This establishment had two objectives. It aimed at protecting against the wind of North and this fact of sheltering the central garden, becoming a true place of appropriation and conviviality. In the second place, it aimed at releasing and maintaining views on the Tower of Gignac, the Pic Saint Baudille and the low valley of Hérault.

The building of the community of the communes is the only one that positions itself perpendicularly to the rest of built masses. Thanks to this establishment, it marks the facade of the city and the access to the site closing again and protecting the interior garden.

The medical pole and services one face each other around the central garden. Their composition is relatively symmetrical, united, modular and evolutionary.

This establishment design enables it to answer as well to a climatic comfort as to a respect of the surrounding heritage. Zinc, stone and concrete of the site will be the essential materials of this construction relating to the traditional materials used in this region. 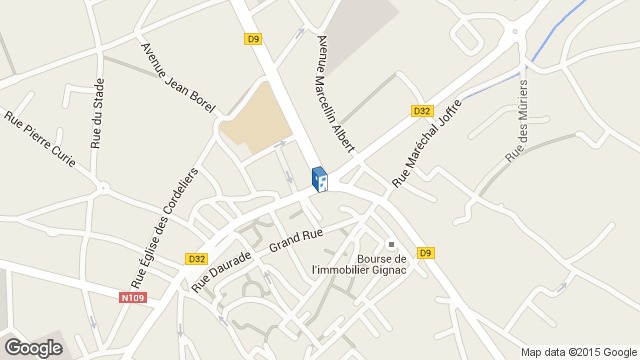 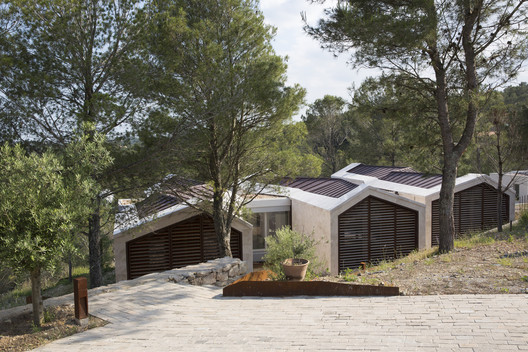