Since 2006, the International Art Consultants (IAC) has celebrated architects’ passion for photography through the Architect’s Eye Awards. Simon Kennedy won the Architecture and Place category this year with his image of the ‘Heygate Estate’, while Revti Halai’s photo of the Serpentine Gallery Pavilion received runner-up. The Architecture and People category was won by Neil Dusheiko’s photograph of ‘Unite d’Habitation’, and Chris Drummond’s ‘Ghosts of the Underground’ received runner-up.

View the four winning photographs after the break. 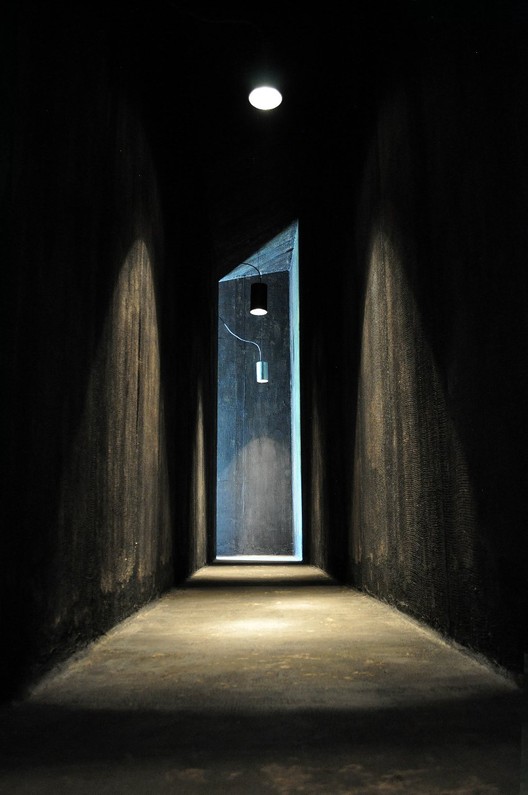 Simon Kennedy, a freelance architect and lecturer at the Bartlett School of Architecture, won the Architecture and Place category with his image ‘Heygate Estate’ (Southwark, London). Designed by Tim Tinker, the Heygate was completed in 1974 and was once a popular place to live, the flats thought to be light and spacious, but the estate later developed a reputation for crime, poverty and dilapidation. The sheer scale of many of the blocks also meant there was little sense of community. Subjected to urban decay and now abandoned, the Heygate estate is currently being demolished to make way for 2,500 new homes

The runner-up for this category, Revti Halai, a Part II Architectural Assistant at TP Bennett Architects was rewarded for her stunning shot of this year’s Serpentine Gallery Pavilion designed by Peter Zumthor.

Neil Dusheiko, Director of Neil Dusheiko Architects, won the Architecture and People category with his picture of “Unite d’Habitation”, the modernist residential housing design developed by Le Corbusier. The Unite d’Habitation is a courageous architectural experiment, borne out the architect’s believe that a buildings social program can positively alter the way people live. The Unite is a utopian vision of the Garden City model for realized in an urban context.

The runner-up for this category was Chris Drummond, an architectural assistant at Grimshaw and Partners, who presented ‘Ghosts of the Underground’ which he described as “the traces that people leave on the places they inhabit through use and time.”

Commenting on the results of the competition, the Chairman of the Judges Jack Pringle (Pringle Brandon Architects and recent president of RIBA) said: “The two winning photographs, both of modernist designs, demonstrate carefully and beautifully, the striking contrast between the vibrant success of the Le Corbusier building and the lifeless failure of the Heygate estate.”

This year’s competition was sponsored by Building Design and supported by the Royal Photographic Society and RIBA Trust.