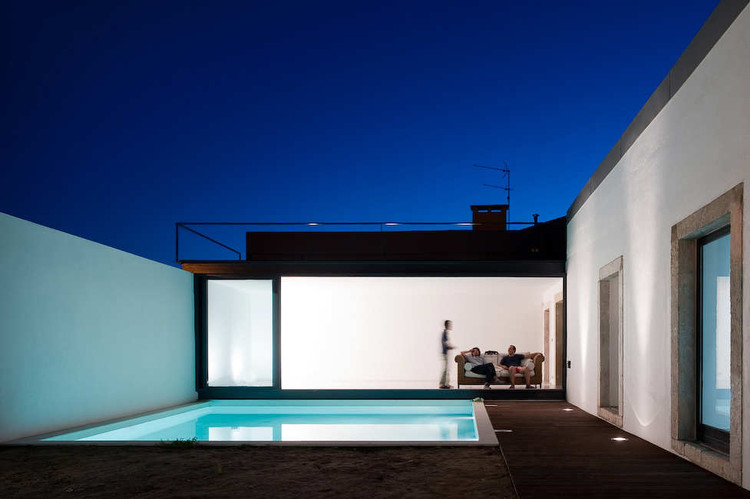 Text description provided by the architects. The «boxes» house is a rehabilitation of a ground floor house, with a contiguous garden, located in Largo de Carnide in Lisbon, Portugal. The project reinterprets the idea of patio-house, both the Mediterranean vernacular typology and the Mies van der Rohe’s modern conception, and the informal domesticity and constructive simplicity of the Case Study Houses, that we found developed by Inaki Abalos in the idea of the “pragmatist house” in his book “The Good Life”. On the other hand, the existing urban context, the specific configuration of the house, and the new program required, demanded a conceptual research of the complex and ambiguous relations between interior and exterior.

Initially we tried an approach closer to the recovery of the existing building. But the abandoned and degraded condition of the building and the pre-existing spatial organization – central longitudinal corridor, with public areas facing the square to the North, and private and service areas facing the garden to the South – demanded a more hands-on approach. Reversing the previous logic of the internal spaces, the project redefined the whole interior, intensifying the relationship with the garden and the best exposure. The project subtracts a courtyard in the existing building and adds a glass pavilion in the garden, with an usable roof, allowing a more extended and fluid disposition of the public areas of the house. With this we achieved a good natural light and spatial openness in the existing house and an open and transparent relationship between the new living room and the garden.

The functional organization is structured by the material boxes, that accommodate the private program, making the public space the negative of its placement in space. If, on the one hand, we developed a dynamic and flexible conception of space, through the use of mobile elements, on the other hand, we neutralized the transitional spaces between private and public areas – here reduced to the plane of the doors hidden in the boxes – stressing the sudden changes of environment through the differentiation of materials and the use of colour, somehow reminiscent of what we watched in The Cook, the thief, his wife and her lover by Peter Greenway. 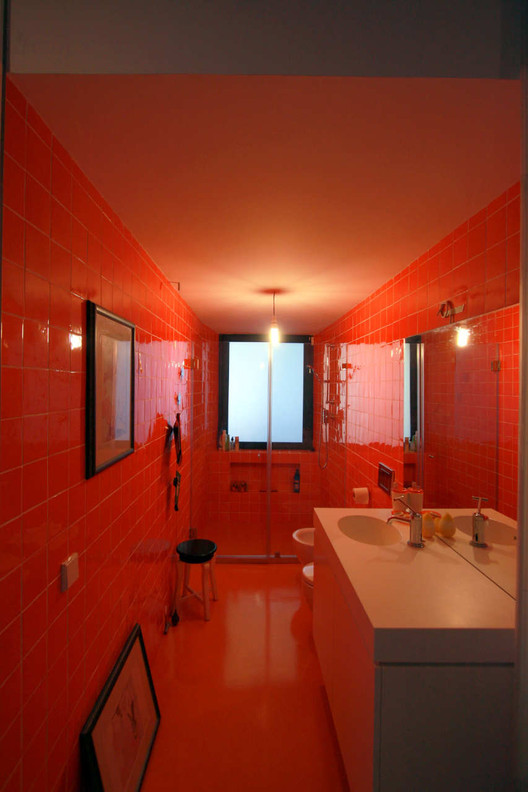 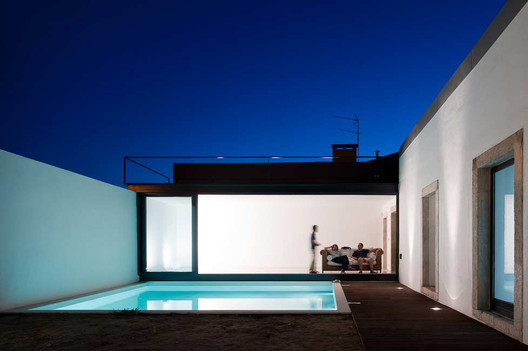