Text description provided by the architects. The Museumotel is an unusual hotel to say the least. The group of white, round structures that make up the guest houses look like space pods crossed with hobbit holes, plopped down in the wooded landscape of northeastern France.

The interiors are even more spacey: huge circular windows, dripping support columns, curving staircases, and arched doorways are common features. But while the design of these bubble houses is fascinating and unique, the story behind the Museumotel is even more so.

In 1965, hotelier M. Thierry read an article about a hip young architect named Pascal Hausermann; a graduate of the University of Geneva. Hausermann was a proponent of a new type of architecture: quick, inexpensive habitations made of concrete that he called “bubble houses”.

Hausermann was also interested in urban planning and, throughout his life, advocated for new ways of organizing residential housing.

M. Thierry managed a hotel in Raon l’Etape, a small commune in Lorraine. He was interested in having a motel built as a summer annex to his main business.

The motel would be made up of a cluster of 9 domed bungalows set apart from the central building and surrounded on both sides by the La Plaine river; road access would be limited to a single bridge. The idea was to give hotel guests a sort of “small village” to stay in at the far end of the hotel’s property, where they could enjoy more peace and quiet.

Hausermann took the job and in 1966, the Motel de l’Eau Vive opened to great succes.

The ensuing decades took their toll on the Motel de l’Eau Vive. M. Thierry sold both his hotel and the attached motel in 1980, by which time Hausermann’s playful architectural style had fallen out of fashion. A succession of owners tried to keep the business going, but ultimately failed. 30 years after their initial conception, Hauserman’s bubble houses sat moldering in the woodlands, slowly disappearing behind untended vegetatio.

The motel was saved from decay in 2003 when it became a private residence. The town of Raon l’Etape, perhaps a bit nostalgic for theold place, asked the new owner to open a few of the bungalows to thepublic, after which the owner decided to sell off the property completely.

That’s when a group of individuals with experience in the hospitality industry bought the property and relaunched the motel,which they re-named Museumotel: Le Motel d l’Utopie.

Museumotel has been fully renovated and brought up to modernstandards, though Hausermann’s distinctive design has been left untouched. The whole vibe is modernized pop art, updated for the hip traveller. The interior of each “bubble” has been redone in a theme and given a name such as “Love Bubble”, “Star Bubble”, “Fifties Bubble”, and “Zen Bubble”. Visitors are delighted with the hotel’s concept and have been renting out the bubble houses for weeks and even months at a time.

Architect Hausermann also seems pleased with the refurbished Museumotel (check out these photos of Hausermann in front of his hotel in both 1967 and 2009). Despite a long career creating residences in France and Switzerland, the Museumotel remains the only hotel he ever designed.

Redone interiors of the “Love” and “Orange” Bubble

The story of Museumotel is fascinating not only because it spans decades, but also because it shows how ahead of their time Thierry and Hausermann were when they conceived the hotel.

The idea of an intimate hotel made up of individual structures built to give guests room to relax in their own private space may not seem that strange now, but it was far from ordinary in 1965. The current success of Museumotel really does demonstrate that a good idea is always in fashion.

The Museumotel has remains popular among design enthusiasts and architecture lovers in the Raon l’Etape area. Recently, a group of 6 students from a nearby technical college made a 1/2 scale model of one of the bubble houses. It was delivered to the Museumotel, where it looks like the mini-bubble is to be used as a children’s space.

This article was originally written for Been Seen 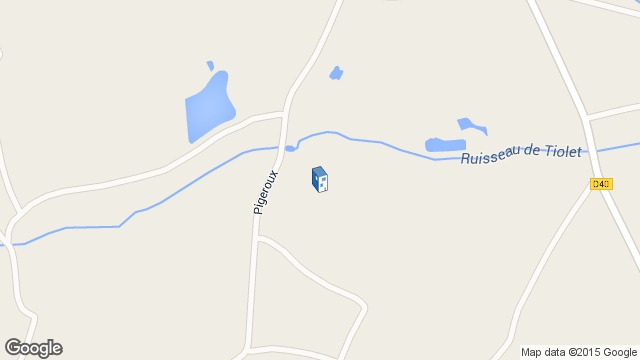 Location to be used only as a reference. It could indicate city/country but not exact address.
Share
Or
Copy
About this office
Pascal Hausermann
Office
•••