The landmark eight storey building, located on the western approach to the city, comprises a new police station for the Hampshire Constabulary, headquarters building and custody suite which houses 36 cells.

The southern and northern elevations are finished with natural stone, which is contrasted by the predominantly glazed east and west elevations, giving a light modern feeling. Vertical louvres are attached to the elevations in a staggered pattern, changing the appearance of the building when viewed from different directions. The public entrance is marked by a double height canopy and generous public plaza, which is both welcoming and formal.

Associate Stuart Bertie said: “This sharp piece of architecture has created a public building which has a clarity of form which honestly portrays its functions. Its form is simple, with the limestone and glass faced office tower sitting over a solid brick base containing the custody suite, creating a simplicity and legibility for both public and staff.

“Procured under the IESE Contractor’s framework, the construction process has been an excellent example of collaboration between a public sector client, contractor and designer.” 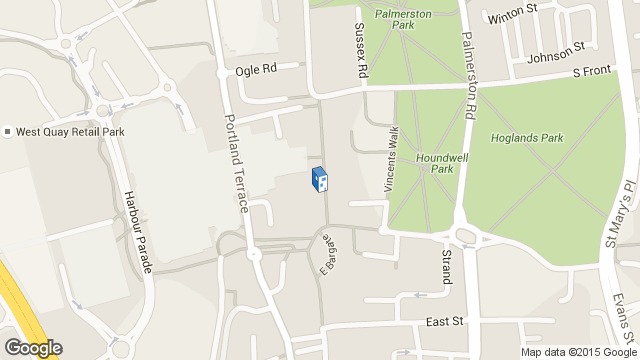 Location to be used only as a reference. It could indicate city/country but not exact address.
Share
Or
Copy
About this office
Broadway Malyan
Office
•••