Text description provided by the architects. The building comes out as a result of the proposal submitted to a public competition called in 2004 by the City of Toro.

This building tries to incorporate a new piece in the city, assuming the representative image the building must show according to its public nature, being able to fit in with dignity and, far as possible, becoming a part of the architectural legacy of the town. Not in a position of prominence, but assuming the suggestions of an environment enriched with history and tradition.

By this way, the municipal swimming pool wants to be an austere building that, without abandoning the contemporary architectural language, knows how to give expressive continuity to the Toro´s patrimonial bequest.

The special design of the pool lies in the special role that the use of rammed earth acquires in its construction, developing its representative image.

Through the definition of bearing walls and exterior cladding to be built in rammed earth, the pool is conceived as a closed space to the outside, focusing on the texture of the walls, its form and composition that enhances the expressive conditions we consider suitable for solving the required image and program in the urban environment where it is located.

The pool protects itself from external climatology and from non-desirable views, thanks to that rammed earth perimeter wall. Over this wall, the roofs of the changing rooms’ emerge, suggesting the vegetation of inner courtyards. The scale and layout of the building, the texture of the walls and their colour, even freed from ornamental elements, follow compositive guidelines, present in the monumental architecture of Toro.

The closed and severe look of the building contrasts with the image that appears as soon as we trespass the threshold. The different areas in which the program is divided receive natural light and ventilation through a series of interior courtyards that also allow the visual control of the buildings, making them transparent or opaque, as suitable. Moreover, they facilitate the passive support to the heat regulation, allowing the natural ventilation from shade areas. The main volume, which contains the swimming pool basin, must possess a strict control of its climate conditions. For this reason, the exchange with other areas is reduced to the maximum and treated as an autonomous volume regarding the rest of the complex. 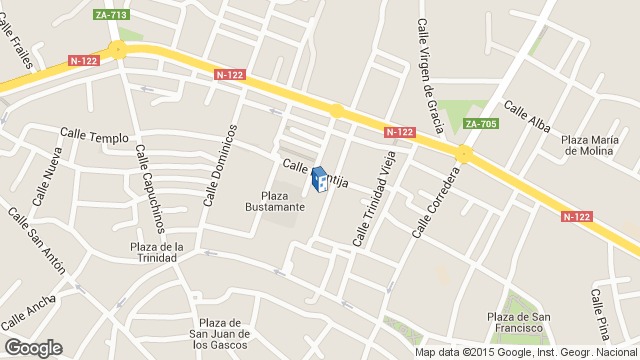 Location to be used only as a reference. It could indicate city/country but not exact address.
Share
Or
Copy
About this office
Vier Arquitectos
Office
••• 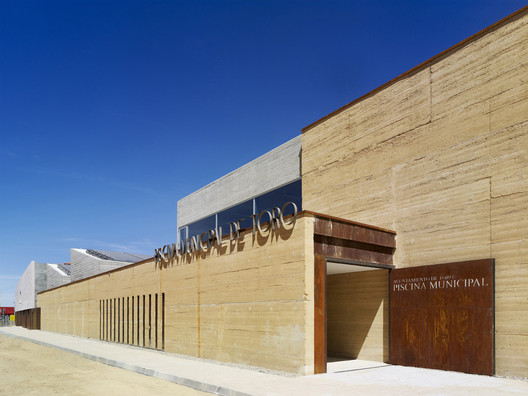