Text description provided by the architects. Zellerndorf is a small town in the Weinviertel, not far from the Czech border. The client's parents own what is called a Streckhof here, which grew together out of several buildings with steep roofs and slanting ridges. It extends from a gateway on the street back to a barn and a pig pen at the rear of the yard and is where their two sons spend their childhood and youth. Robert Diem, the elder by one year, went to Vienna and became a policeman. At the age of 28 he decided to build his own house on a double site. "I have been saving up for ten years. My brother is an architect therefore a prefab house was out of question."

From the very beginning it was clear that a great deal of work would have be carried out as self-build. 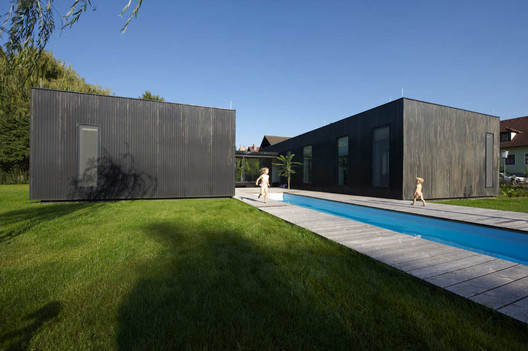