Text description provided by the architects. As a consequence of the position and shape of the plot and logistical requirements for production, an L- shaped building was developed. the 240 metre long, four-aisled factory hall extends over the entire length of the plot. The hall is terminated to the east by a covered loading bay for rail and truck deliveries. To the west, the plot is bounded by the national highway which also oers access.

On this road is the “crowning feature” of the facility: a three-storey oce block. Interior access is laid out along an axis running the length of the building. Approaching from the visitors’ parking lot, one enters the facility via the main south-facing entrance and is immediately within a foyer, five metres high and featuring a reception area and bar. Adjoining this are the canteen, a presentation room, the main stairway and meeting rooms, along with direct access to a terrace by the water. Passing reception, sta can reach the oces on the upper floors or, following the axis of the building, pass through the changing rooms to the production area.

The office floors are designed as open plan areas with communication zones, along with individual, enclosed managers’ oces and meeting rooms. The atrium (with trees) and open spaces that stretch out to the full height of the building, confer an open spatial structure on the one hand whilst, on the other, creating a certain measure of distance within the oce layout. ␣e sails on the southern and western facades facing the street provide the building with the necessary shade.

Where the factory and oce areas connect, windows on all floors over a view of production activities. The vertical section of the hall is shaped by the require-ment that production work must be lit as naturally as possible. A continuous row of windows forms the striking upper feature bounding both long hall facades. Lowering the level of the two innermost aisles has allowed daylight to reach the very middle via two additional rows of windows. Cupolas in the hall roof also draw light into the interior. Furthermore, the arti␣cial lighting control system optimises energy consumption according to the level of daylight. ␣e row of windows in the lower area oers a view to the outside.

Also located in the northern aisle of the hall are high-bay racking and two additional oce areas. The structural design of the hall was guided by the need to allow cranes carrying loads of up to 80 tons to access all aisles whilst clearing all permanent installations. The static and dynamic loads arising from cranes pass via integral steel-reinforced concrete supports to the sleeve foundations. A lower-set production area, extending beyond the oce block and known as the “Spule” (“coil”), adjoins to the west of the hall. Here the perforated facade oers sucient illumination of the manual assembly areas.

Colouring of the interior follows the company’s pairing of orange and blue. Alongside these colours, which have been applied to the machines and cranes, another strong visual characteristic is the bright glued-laminated timber structure of the roof. Forming a signi␣cant proportion of the facility services and total investment, the test area is connected to the outdoor machine enclosure via a service conduit. Loading tests of motors and generators are monitored from the control room constructed from orange, fair-faced concrete.

The machine enclosure, also in orange-coloured fair-faced concrete, is a free-standing monolith devoid of windows and containing only services, there being no workplaces within. The layout of exterior features concentrates principally on the entrance area and that between the canteen and road, where there is quite a large arti␣cial lake. The remainder of the plot is occupied by sta parking, goods vehicle loading areas, an access road around the site, an underground sprinkler tank and canopies, completing the whole facility’s maximised usage of space. 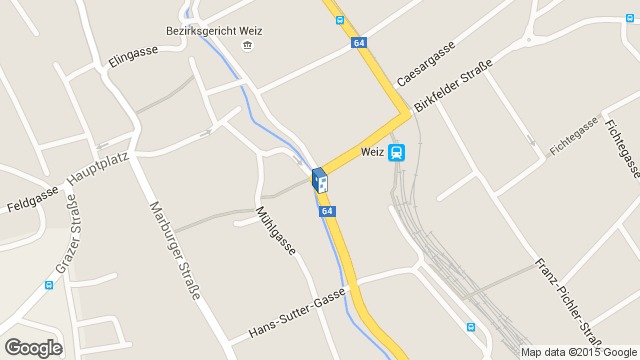 Location to be used only as a reference. It could indicate city/country but not exact address.
Share
Or
Copy
About this office
Peter Zinganel
Office
•••