King Suryavarman II began construction on Angkor Wat shortly after ascending to the throne in 1113. Royal succession in the Khmer empire was typically a violent affair, and Suryavarman's ascent was no exception. He killed his great-uncle in battle to seize the throne. However, inscriptions detailing Suryavarman’s rise to power describe him uniting two previously opposing factions, leading to a period of relative unity and stability.[3] He also continued the tradition of the previous kings, building Angkor Wat, a new royal temple complex, distinct from those of his predecessors.[4] Although the names of any architects or designers are lost to history, it is likely that Suryavarman’s chief priest and spiritual advisor Divakarapandita was highly influential in the temple’s construction.[5]

In contrast with many of the other temples at Angkor, Angkor Wat faces west, a reflection of its dedication to Vishnu, who rules over the western quadrant of the compass.[6] A wide rectangular moat surrounds the complex, and just inside the moat an outer wall defines an area approximately 1,500 meters east to west, and 1,300 meters north to south–the largest temple area in Angkor. Some archaeologists suggest that 90% of this area was originally occupied by a city surrounding the formal temple precinct, including the royal palace, all built of wood.[7] Today, all that remains are the temple buildings, constructed of sandstone and laterite, a type of local clay that hardens quickly when exposed to air and sun, used primarily for foundations and internal structures.[8]

From the western gateway of the outer wall, a long causeway leads to the main temple precinct. Two small stone buildings, known as “libraries,” flank the causeway near the midpoint. Despite their name, these buildings would have been shrines of some kind, not storage for manuscripts.[9]

The temple itself consists of two of the primary elements of Khmer architecture: the pyramid, and concentric galleries.[10] The pyramid takes the form of three stepped terraces, with each step bordered on all sides by covered galleries. At each level gateways in the galleries indicate the pathway to the central shrine, and towers punctuate the corners. The pyramid culminates in five towers–an indication of the temple's central shrine.

The entire complex symbolizes the Hindu beliefs enshrined within. As Freeman and Jacques describe, “It is, above all else, a microcosm of the Hindu universe. The moat represents the mythical oceans surrounding the earth and the succession of concentric galleries represent the mountain ranges that surround Mount Meru, the home of the gods. The towers represent the mountain’s peaks, and the experience of the ascent to the central shrine is, maybe intentionally, a fairly convincing imitation of climbing a real mountain.”[11] Historian Eleanor Mannikka’s research has also indicated that dimensions and building elements at Angkor Wat correspond to “calendrically and cosmologically significant totals.”[12]

To further emphasize the Hindu symbolism, the galleries are lined with bas-relief sculpture carved into the sandstone. In total, Angkor Wat contains nearly 2,000 square meters (20,000 square feet) of bas-relief, in addition to the extensively carved lintels, friezes, and pediments, and the nearly 2,000 apsaras (celestial dancers who entertain the gods) carved throughout the complex.[13] The majority of the sculptures depict the Hindu epics Ramayana and Mahabharata. The bas-reliefs at Angkor Wat also include a series on Suryavarman II, the first known depiction of a Angkorian king and his court.[14] In addition to the intricate carvings, remnants of paint, and even gold leaf indicate an even more dazzling appearance (although it is not known if these elements were original or added later).[15][16]

In the decades following Suryavarman II’s death, King Jayavarman VII brought Buddhism to Angkor, and converted many of the temples, including Angkor Wat, to Buddhist use. The temples at Angkor are often depicted as the ruins of a failed society, but in reality the rise of Theravada Buddhism led to the construction of wooden temples that have not survived, and as Freeman and Jacques put it, “The Khmers never forgot the existence of their monuments, and even if they neglected the majority of their temples, Angkor Wat always remained occupied and a place of worship.”[17]

The notes of French naturalist Henri Mouhot, published in 1863, aroused Western interest in Angkor, and the Ecole Francaise d’Extreme-Orient began leading conservation efforts in the early 20th century.[18] Although the Cambodian Civil War and the reign of the Khmer Rouge halted conservation efforts for two decades, Angkor became a UNESCO World Heritage Site in 1992, and today teams from around the world are working to stabilize and preserve the monuments.

[1] Higham, Charles. The Civilization of Angkor. Berkeley: The University of California Press, 2001. 115. 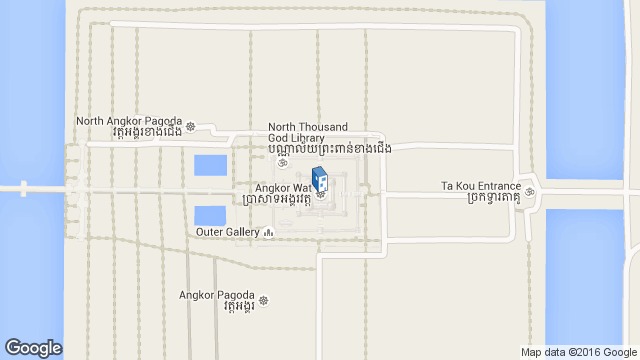 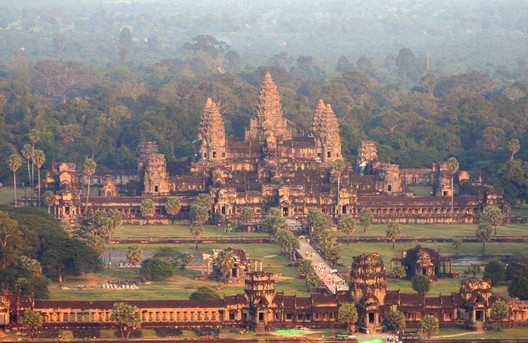